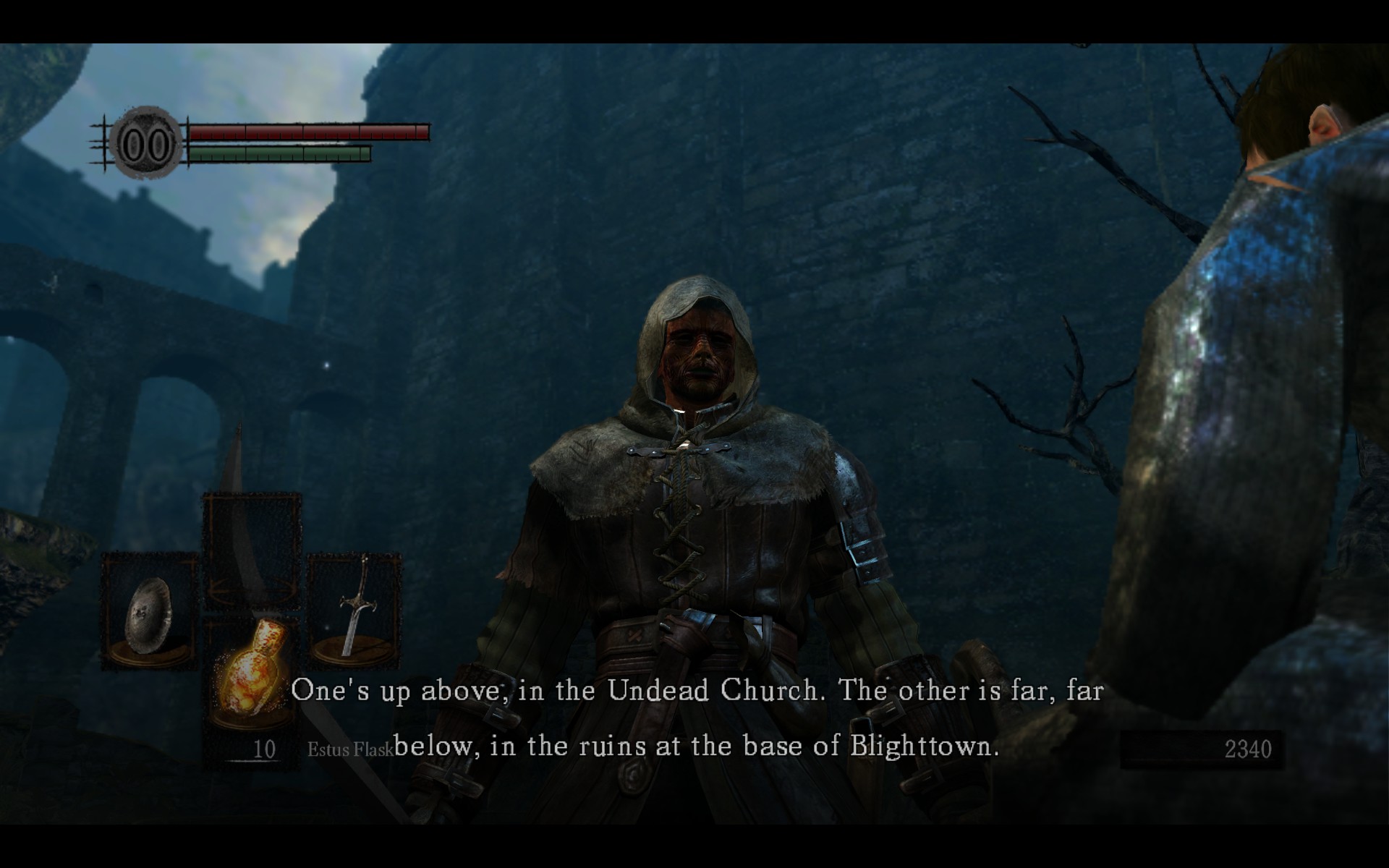 I managed to avoid the whole Demon Souls/Dark Souls series by not having a Playstation 3, but heard enough about the games that I was awfully excited to see the sequel come out on PC finally. Both games seem to be very much love/hate affairs, with many gushing over their brutally unforgiving gameplay while others throw up their hands in disgust after dying over and over and over again.

I’m only a few hours into the game, and while I stumbled for some time thanks to the lack of hand-holding, I’m beginning to appreciate the games design. More than anything it reminds me of playing games in the nineties - not just the games themselves but the culture around them, of talking to your friends about them and trading hints and maybe coming over to help each other out through tough parts. The game has somewhat equivalent versions of these things; the lack of significant tutorial means you have to ask others for advice and help outside of the game, hints can be left by other players (not always helpful), and in some cases other players can jump into your game to help you out.

The game is difficult, no doubt about it. This is not least because the game leaves you to figure it out - aside from a few scrawled messages, nothing is told to the player. Many times I’ll come upon an area or an enemy and ask: what do I do now? I realised how used I was to having the answer laid out for me. Dark Souls forces experimentation, and offers no feedback when players find the right way, because there is no ‘right’ way. I couldn’t figure out how to normally defeat one boss so I hit around a corner and repeatedly jabbed him from afar - doing minimal damage - for about ten minutes while he charged back and forth, and when I finally collected his souls I felt like I’d actually found a path to victory rather than treading one shown to me.

I’m so glad to see the success of the series, because it’s rare to see developers look back at past decades for game dynamics that may have been left at the wayside. Usually game design seems slow but constantly iterating force, just mildly modifying last year’s game to turn out a slightly improved version, so congratulations to From Software for looking elsewhere for inspiration.