Mmm, if there’s one thing I love it’s procedurally generated games. Roguelikes are probably the best example of this, having been around since the 80s, and I enjoy them but am usually overcome by their complexity. My favourite one is Spelunky, featuring a near-endless sidescrolling adventure downwards towards more treasure and more danger, but I recently discovered a new one, TowerClimb. 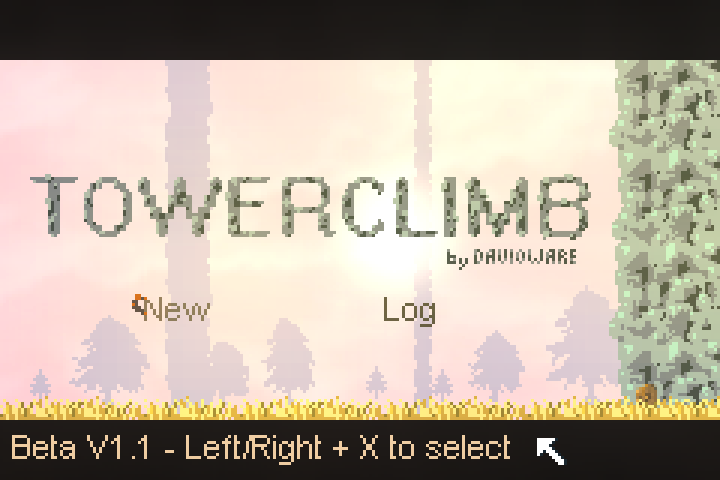 Instead of the wary step-by-step downward exploration of Spelunky, TowerClimb is a nail-biting crawl to the top punctuated by the occasional stomach-dropping leap. The slow speed at which you climb up walls or across ceilings is contrasted with the utter immediacy at which you can easily fall to your death, requiring you start your trek again at the start of the game. Various enemies and items are scattered along your path to help or hinder you.

Despite levels being randomly generated, the algorithm will ensure there’s always a way to reach the top. At least, that’s the idea, but I’m not sure if I’m missing a mechanic or not using my items well enough (double jump, corrode, and teleport potions are available) but I frequently struggle to see the top of the first level. The game is still in beta, so who knows. On a related note I’d like to see a little more of an intro (Spelunky’s tutorial is a little awkward but works well, for example).

Still! It’s definitely a fun little game, and you can get into the beta now if you preorder the game for $5.