Often conversations about recent video games center around what a game does that’s new, as if new experiences were like a breath of fresh air. In the case of Steamworld Heist, there is little that is really novel, but the humble execution of the game as a whole feels genuinely refreshing. 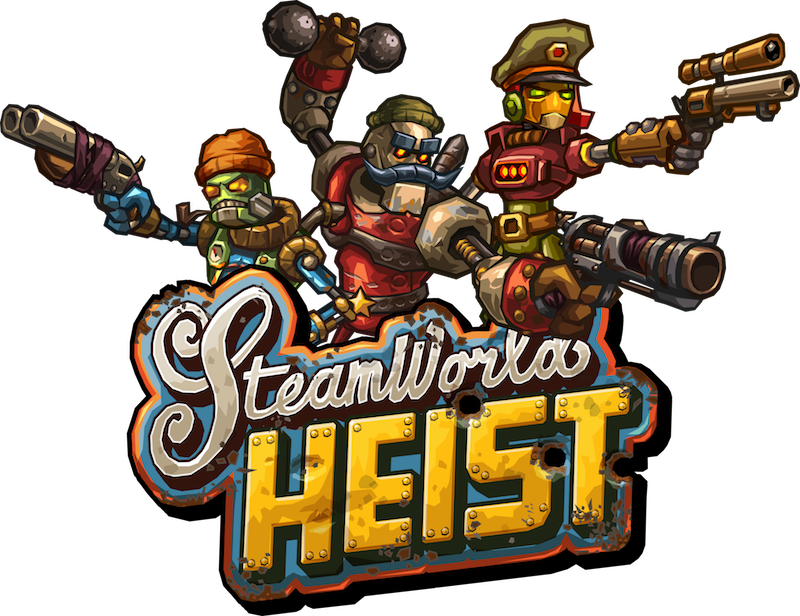 Sharing an art style with Steamworld Dig but little else, players command a robotic spaceship captain, collecting ‘scrap’, equipment, and comrades as you dodge the authorities and skirmish with foes. Missions are turn based, with a side on perspective, and unusually for turn based titles after positioning your robots you aim at the enemy manually with 360 of freedom, vaguely similar to Scorched Earth. Shots often ricochet off walls and obstacles, allowing opportunities to hit enemies behind cover with a well aimed shot.

If my description lacks in appeal that’s because, on their own, none of the individual components of Steamworld Heist sound that amazing. The story is predictable, the missions have little variety, the characters are simple. But when put together the pieces form a far greater sum of their parts. Suddenly the way characters converse with each other between missions provides an amusing interlude, the regular mission structure allows a gentle but steady increase in difficulty, and the narrative somehow balances between quiet urgency and remaining light. It’s the fate of the solar system in the balance, which in any other game would have players rolling their eyes, but Steamworld Heist handles it with just the right amount of gravitas that it never feels cliched nor satirical.

SteamWorld Heist is a game with humble aims but it achieves them richly. Pick it up on Steam or check out other platforms on Image & Form’s website.