It’s early to say this, and maybe a little crazy, but I can’t help but put Twenty, a simple game from Stephen French, in the same category as Tetris. Not just in the way it plays - though it shares that methodical feeling of clearing a space that transitions to crowded panic - but in how it takes just a single mechanic and a simple interface to create something truly elegant and timeless. Twenty deserves to be played for decades to come, just like Tetris. 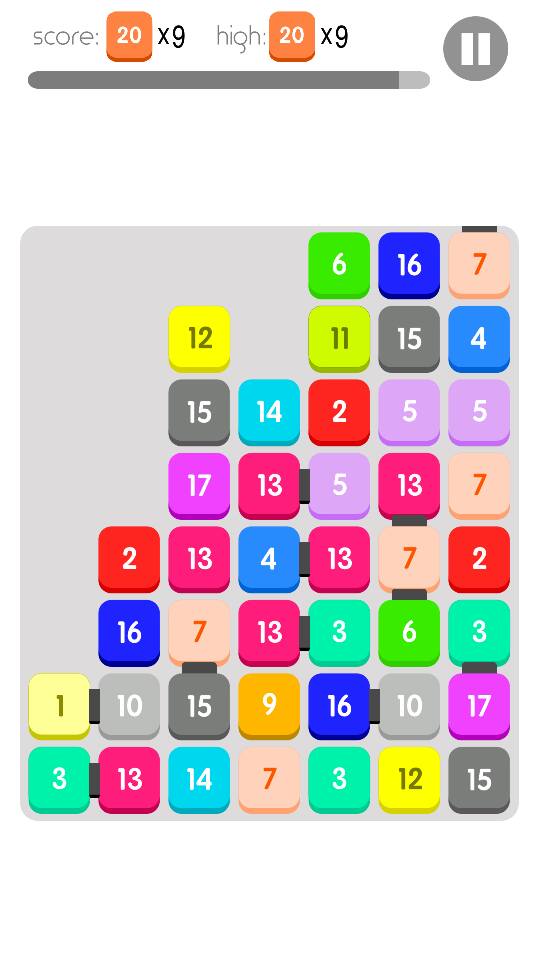 The game is simple - combine like tiles to form ones with higher numbers, and repeat. New tiles will appear to keep you on your toes, and sometimes they’ll be locked together, forcing you to move multiple tiles at once, unless you combine them, breaking the bonds. That’s all there is: no powerups, no stages, no abilities to unlock. The simplicity is refreshing.

The difficulty ramps up perfectly. Each new tile seems to be an unattainable goal and yet are steadily reached, until a game where you don’t get to 20 is unusual. Dexterity, memory and adaptability come to the fore, combining to put players in the “zone”, where twenty tiles fly by and are barely noticed. Then, just as easily, focus is lost and suddenly it seems impossible to find two tiles to put together.

Two player mode is a fantastic addition, though on mobile devices only. The core game is the same, but with each player’s board pushed up against the other’s in such a way that you can combine tiles with an oppenents, setting them back in the rush to twenty. It’s a little cramped on phones, though.

One last Tetris comparison: Twenty causes the strongest “Tetris Effect” I’ve ever experienced. Play a few rounds and you will see tiles swiping across the inside of your eyelids.