Kerbal Space Program is a) the game NASA should have made long ago and b) something that should be in every classroom. The game centers largely around two modes: build a spaceship out of somewhat realistic parts (rockets, fuel tanks, solar panels, crew pods, etc.), and then attempt to launch your rocket into space, where you can orbit your planet, travel elsewhere, perform a spacewalk or whatever you’d like. The only failure state is crashing (or your rocket exploding from poor design or overheating), and goals are whatever you decide. 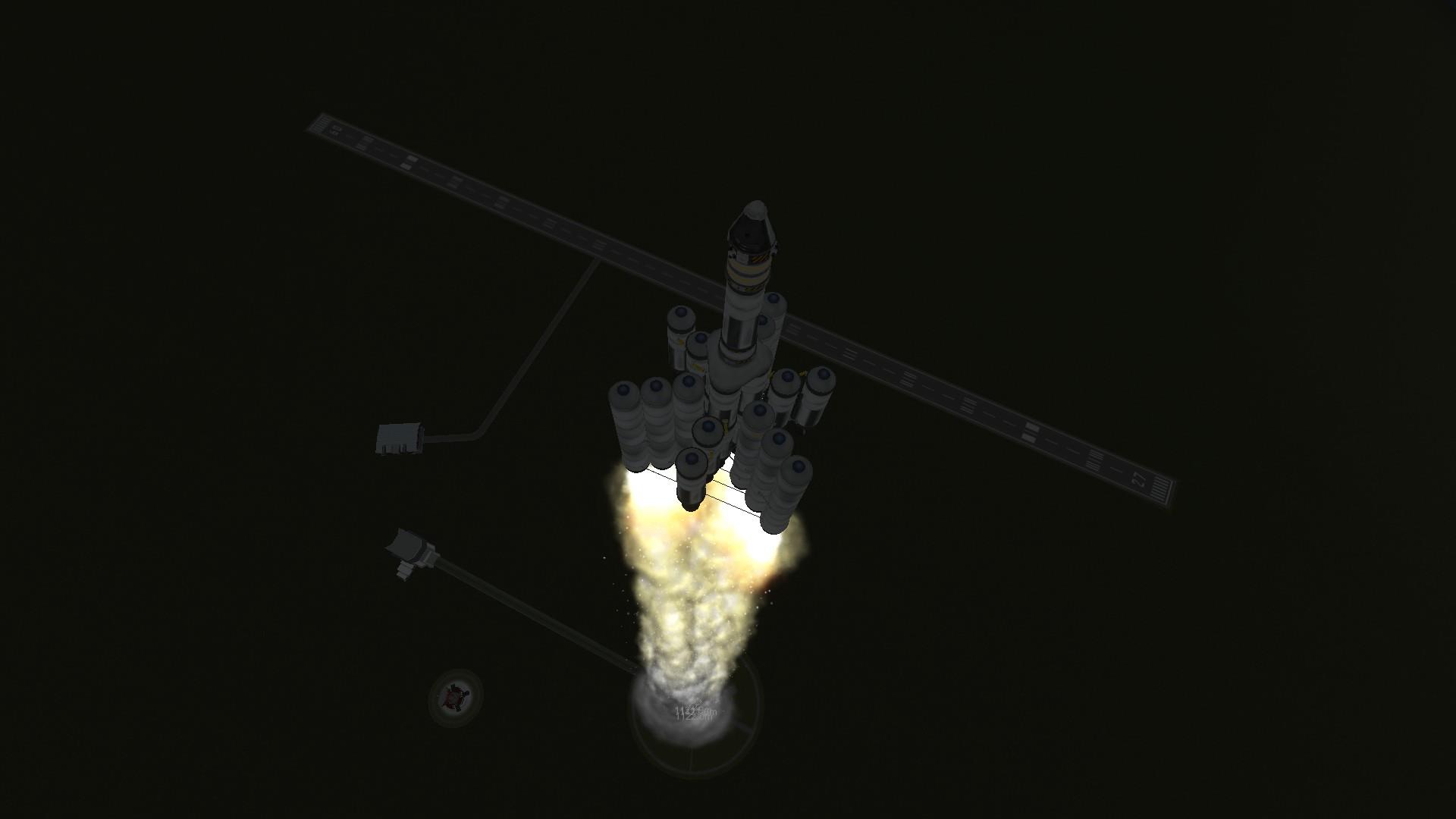 This lack of guidance gives a sense of exploration which goes hand-in-hand with the space exploration theme. In such a familiar setting players are bound to see the moon once they reach space and wonder: could I go there? Then: Could I land on it? Could I return once I have? Each successive task seems almost insurmountable at first but with a good ship design and a fair bit of planning, you can go literally anywhere in the solar system, and it is unbelievably rewarding when you finally set down on an alien planet, take a walk around on its surface, and gaze back at the planet from whence you came.

I’d been aware of the game for some time but for some reason didn’t pay it much attention until a group of friends noticed the Build Fly Dream fan-made trailer for the game. We set aside an entire Saturday for our own 1960s style moon race: to see who could reach ‘Mun’ (the name of the in-game moon), land on the surface, and return to Kerbin (the home planet) successfully. Despite our usually short attention spans we spent nearly an entire day adjusting boosters and calculating thrust-to-weight ratios and sharing spaceship designs until Ryan managed to land and return. I managed to land on Mun at around midnight, though I’m sad despite leaving the surface my little astronaut is still orbiting the moon today, completely out of fuel.

As an educational game I think we could learn a lot from KSP. The game takes relatively realistic rules in a relatively realistic setting, gives a mildly comedic shine to be a little more inviting, and then simply asks the player to experiment. Basic spaceships soon expand until the player learns about balancing weight to thrust, which leads to dropping off empty rockets to manage dead weight, and then managing each rocket stage for maximum efficiency, and then adjusting launch angle to enter orbit without wasting as much fuel… the game builds so well upon its mechanics, and its mechanics are so well based in reality, that players can’t help but absorb physical concepts until they have a near-intuitive knowledge of how orbits work, gravity influences between planets, and even just the immensity of space between us and anything else.

Kerbal Space Program is educational gaming at its best: a genuinely fascinating experience that encourages discovery through trial-and-error with as little hand-holding as possible. It also happens to made by just a small team in Mexico City which is pretty great. Still in development, you can pay for it now and play the relatively complete alpha, or try the demo.