I picked up Zineth, a free student-made punk-styled game, after someone mentioned it on Twitter and was surprised to remember just how fun navigating a virtual space can be. The game involves skating, sliding and leaping through an ultra-stylized 3D world in some kind of mash up between Tony Hawk and Tribes, and while it sure feels rough around the edges at times, it can be an absolute joy to play. The sensation of speed and powerful movement ends up making me feel like a barely-in-control superhero. 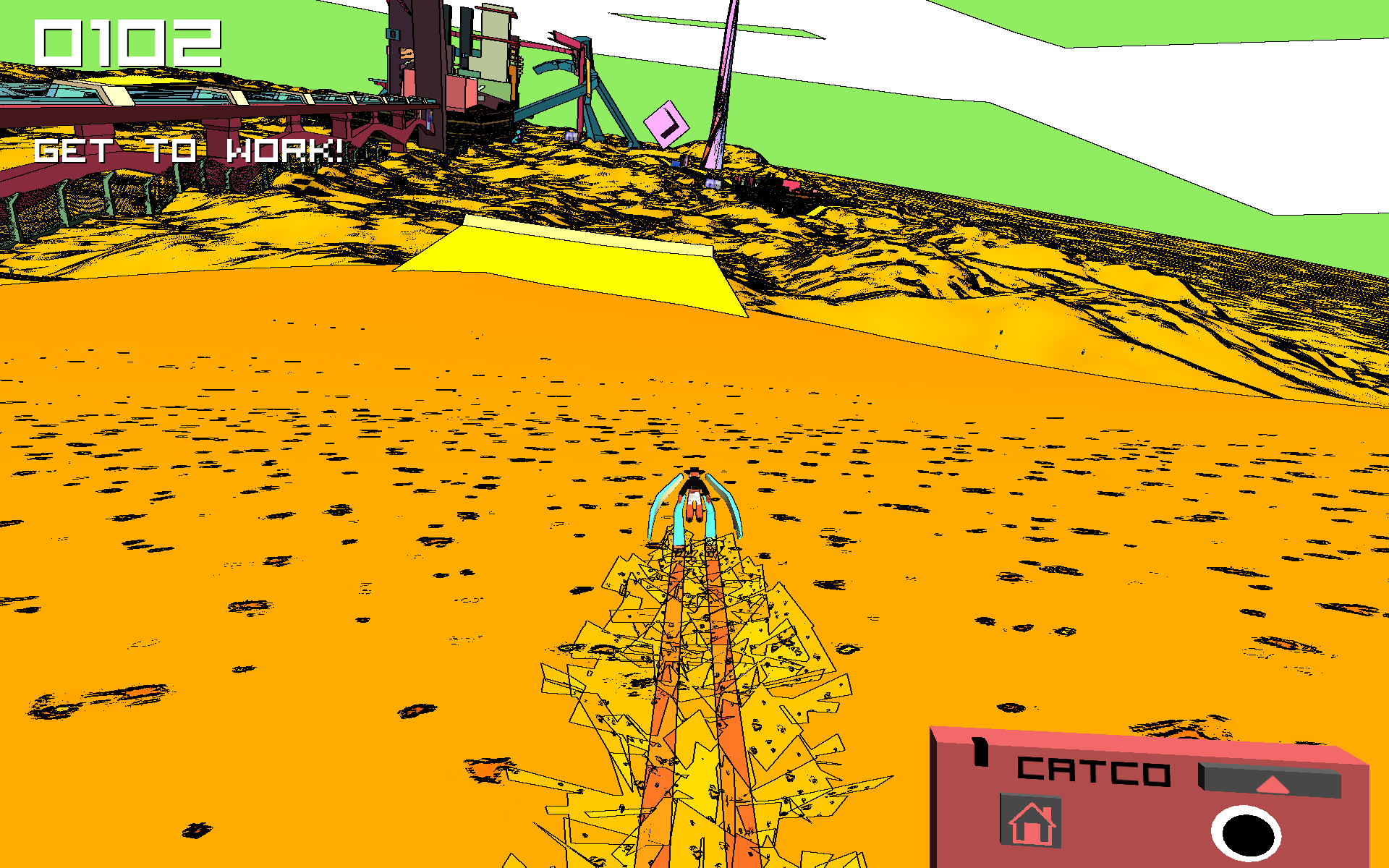 I think playing with movement in games is very overlooked, which is a shame. The thrill of swinging through the city in Spiderman games or sprinting up and over buildings in Prototype are both examples of satisfying activities that carried what would have been otherwise largely mediocre games.

One of my favourite examples is Tiny Wings, the iOS game where players adjust movement just slightly to slide through valleys and over hills. Nailing a landing in the game has an almost tangible feel as you are rewarded with a high-flying launch, while a terrible landing is as unsatisfying as an unfinished sneeze.

In my spare time I sometimes experiment with a grapple hook or ninja rope game. I remember playing Worms and spending a lot of time ninja-roping over the map, and I think there’s a lot of room for a game that more fully explores that single concept.