I missed the initial excitement for Everyday Shooter, after it was released on Playstation Network, a platform I didn’t own a console for. But I’d heard enough about it to remain interested and when it finally saw a Steam release I picked it up on launch. 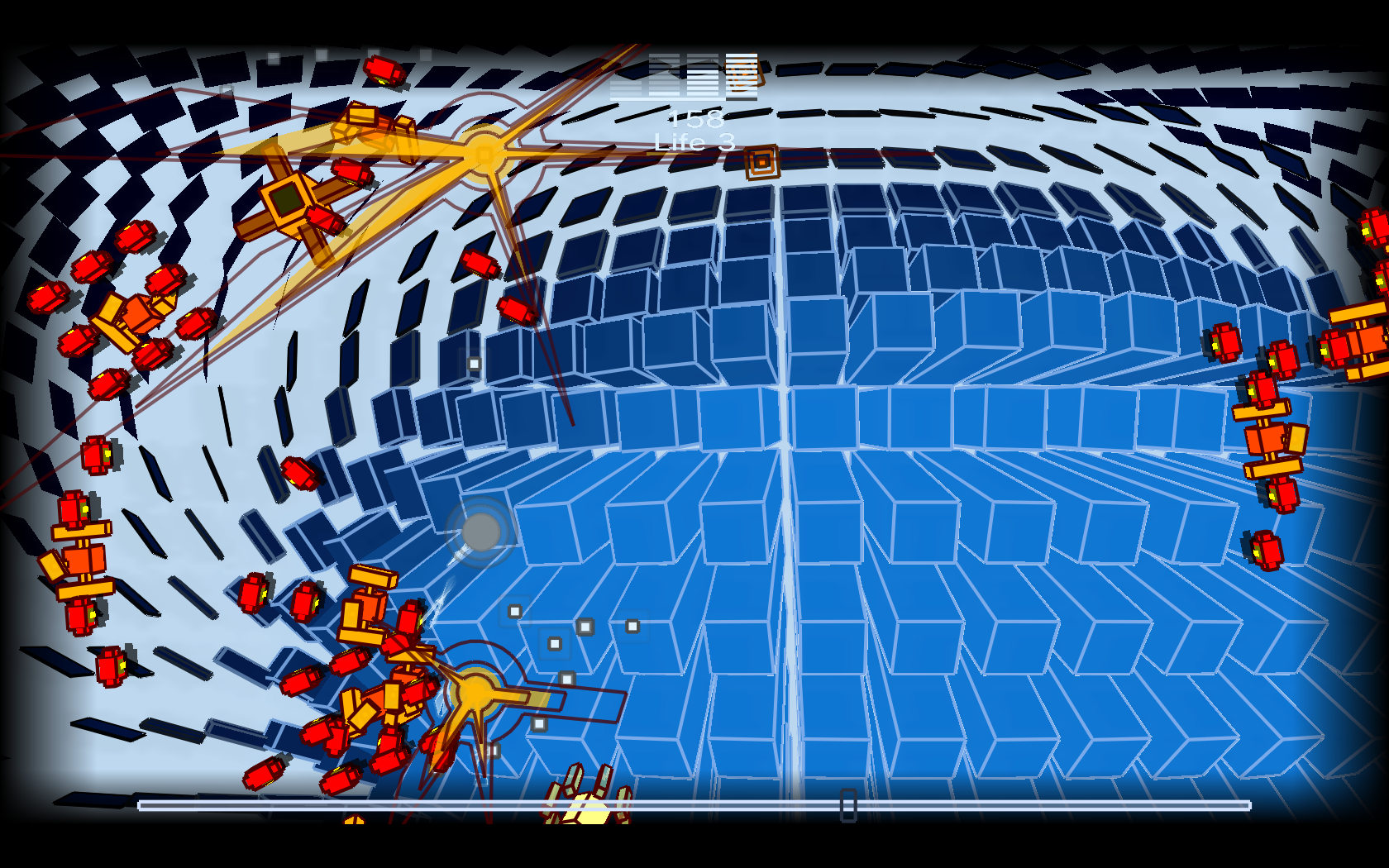 What I got was a top down shooter that seemed to defy categorization. It required very rapid reflexes (like any good shoot em up) but felt somehow mellow at times. The music produced by the gameplay felt discordant yet still melodious; sound effects play as part of the soundtrack but not necessarily in tempo. And though it has the same basic gameplay mechanics as any other top down shooter, each level has a twist to figure out, which can offer surprising complexity.

It was (and still is) pretty darned hard. Learning a new level’s rhythms and mechanics is a fun but slow process, and even once you’ve got a decent grasp of how it works, it’s far too easy to lose lives on earlier levels as you work your way back to the latest one discovered.

Each level certainly has its distinct feel to it; unique graphics and music and effects all add up to concise experiences. But the whole game has a sort of dreamy atmosphere when I remember it, listening to a loud guitar chord play as I set off a satisfying combo of enemies. I think I associate strongly with sounds in my favourite games, and when I think of Everyday Shooter I remember the sounds easily.

Overall Everyday Shooter is one of the best examples of deceptive simplicity - immediately easy to learn how to play (even to those unfamiliar with the genre, thanks to the nearly invisible tutorial) but under the hood, in subtle ways, there is a lot of complexity, depending on how many layers you’re willing to dig down.